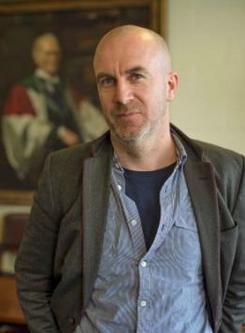 Dr. Rouse also works as a historical consultant on TV programs and previously made a documentary while working as a reporter with Prime Time Investigates in RTE. His documentary "Lost Generation" (linked here)tells the history of elderly Irish citizens who live in Britain. He also worked on documentaries for TG4, including as producer-director for one on the Tailteann Games.

He is the Co-Director of two major public history projects: "Century Ireland" (linked here), the main online portal for the Irish decade of commemorations from 1912-1923, and "GAA Oral History Project" (linked here), the largest oral history project undertaken by any sporting organization in the world. Dr. Rouse has also written contextual pages on Ireland in the early 20th century for the National Archives website (linked here) that made available the 1911 Census. He is also the founding editor of historyhub.ie, UCD's public history website.