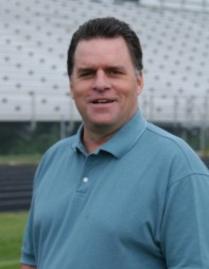 In May 2011 we welcomed Doug Smith to the Sports Travel Academy team. Doug’s roles include the promotion, marketing and tour leading responsibilities as well as assisting with international basketball teams who visit the USA on tours.

Doug was raised in Morton, Illinois and currently resides in Indianapolis, IN.  He earned his Bachelor’s Degree in Political Science from Western Illinois University in 1977 and his Masters in Education Administration from Bradley University in 1983. He began teaching and coaching at East Peoria Community High School, where he taught History and American Government.  While at East Peoria he coached football and baseball.  He then became an Athletic Director for the next twenty-nine years until his retirement from education in May 2011.  He was the Athletic Director at three different high schools in Illinois, Monmouth HS, Woodstock HS and Naperville North HS. The programs under his direction at all three high schools were very successful athletically.  They obtained over 100 conference championships, over 65 Regional titles, 25 Sectional titles, 11 State trophies and 8 State Championships.

Doug was very involved in the Athletic Director’s Association during his tenure.  He held several board positions as well as the association’s President in 1993. He still teaches numerous classes to his peers at the state and national level. He also serves on the board of the NIAAA (National Interscholastic Athletic Administrators Association).

Doug is married to his wife Nancy and they have two lovely daughters Dana and Carey.