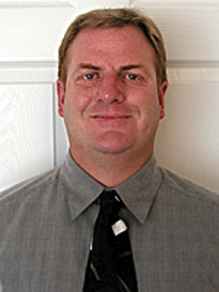 Craig was born in Sydney, Australia where he lived for most of his life until relocating to the USA in 2002. Currently residing in Cary, North Carolina he has been involved in the operation and planning of study abroad & sport team tours since 1996. Craig completed his education in 1995 at University of Western Sydney with majors in sport management, marketing, sport psychology & communication.

Craig has also coached basketball extensively in Australia including a stint with the Sydney Comets in the CBA, a semi-pro league and for 10+ years, at the NSWITC and the Sutherland Sharks, which is his home club. In 2004 he became (to our knowledge) the first Australian to Head Coach a USA collegiate basketball program enjoying 2 years at Flagler College in St. Augustine, Florida. In 2006 Craig resigned from Flagler to rebuild Sports Travel Academy saying:

"I love basketball, and the opportunity to Coach in the States was amazing and the perfect stepping stone between the hard years that many travel professionals endured after 9/11. I truly loved coaching at Flagler but it was time to get back to traveling with students and teams at Sports Travel Academy."